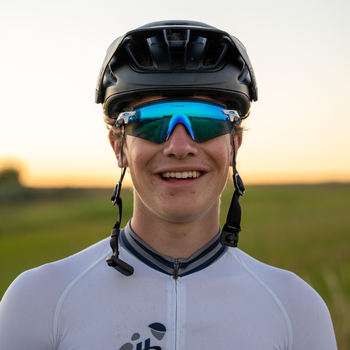 As a child, my family was always doing something outdoors. Both of my parents were multi-time Olympians which led to always being active and exposed to various sports while growing up. I first started riding a bike when I was two and a half years old on my first tipsy little red tricycle and it evolved until I started training with a local group on the velodrome which brought me into the Calgary cycling scene. I then became a member of the Canadian Sport Institute cycling program that trained at the Olympic Oval. Because of that program, my affinity for the sport grew and I entered my first mountain bike race, the Coulee Cruiser in Lethbridge Alberta. This passion for being on two wheels has led me to become 7 times Alberta Mountain Bike Champion, 3-time Cyclocross Provincial Champion, and 3 Canada Cup XCO (Cross Country) Podiums. I am planning to race the full Canada Cup series with the hopes of qualifying for the 2023 XCO World Championships.