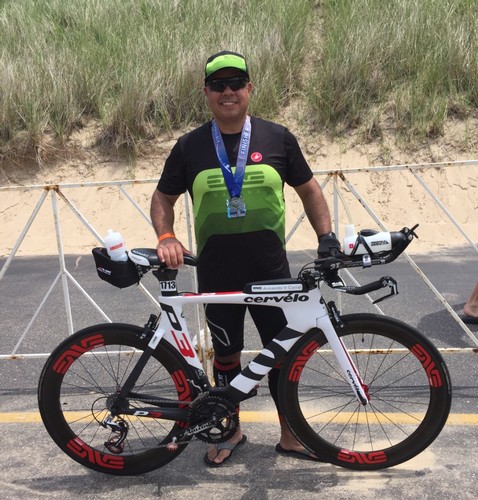 The race at Benton Harbor, Michigan is a great location with conditions that are not too difficult. Lake Michigan is a beautiful lake with soft sand beaches for a great swim entry and exit. The bike course is pretty much flat with a few hills. The run course has some hills and is out in the open sun for most of the course. 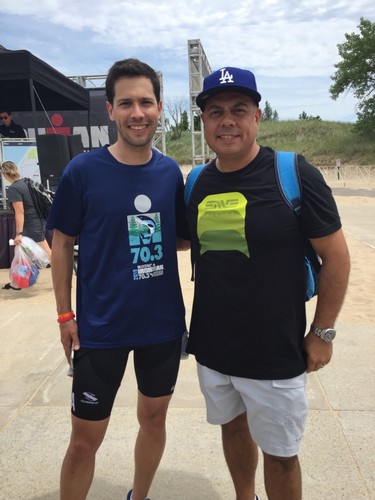 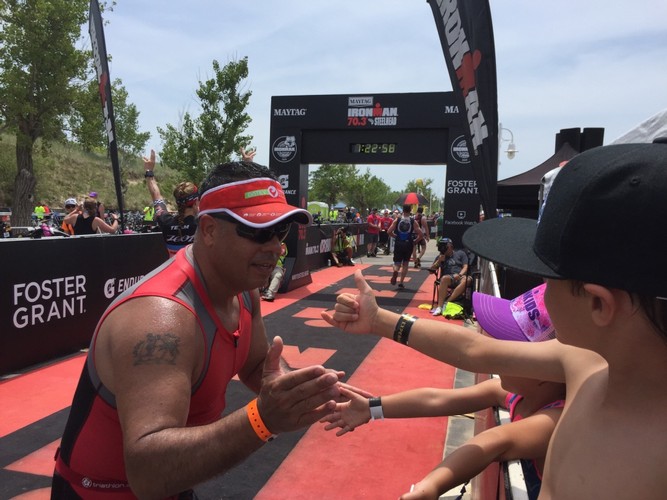 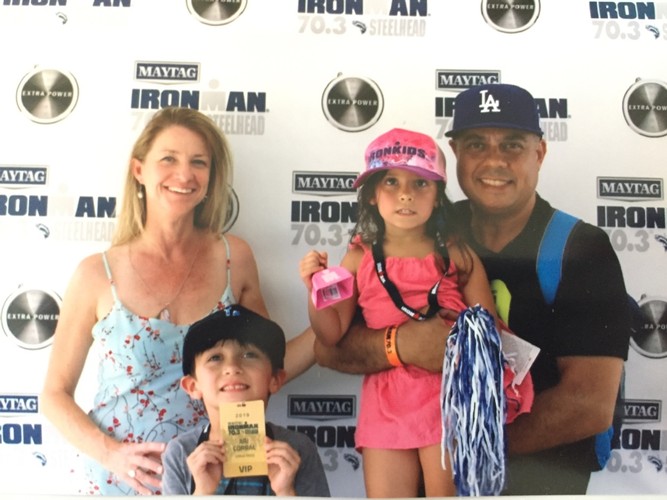 
Getting to Benton Harbor I chose to fly into Chicago, Illinois.  From O’hare International airport it is about 1.5hr car ride.  You can fly into Grand Rapids, Michigan which is about the same distance.  The benefit about Chicago is more direct flights from major cities and lower car rental rates.


I rented a lake house in Coloma which is about 8 miles north of Benton Harbor through Homeaway.com.  Having a 4 and 7 year old requires us to eat in as much as possible to minimize costs and eating healthier.  This race allowed for you to take your bike in the morning as opposed to most races requiring you to take your bike the night before.  I was able to bring everything the morning of and setup before the race.


Swim:  The morning of the race Lake Michigan was calm and with no wind.  Water temp was about 67 degrees which made it wetsuit legal.  I have been told past races have had varying temperatures, rain, strong winds, large swells and one year the swim portion was cancelled.  My swim time was much slower than usual due to my wetsuit being constricting as a result of a few extra pounds.


T1 and T2 were at the bike rack with no changing tent - so be prepared if you plan on changing into separate bike and run gear.  Spectators line the bike area so you won’t have any privacy if you opt to change.


Bike: One loop -  Leaving T1 you ascend at a very comfortable climb then varying rolling hills then you make a few turns inland, head north to a turn around then head back down south back to Benton Harbor.  The water points were well placed and had great volunteers handing out your common items to replenish what you have lost.  I saw a bike crash and a few flats that all had some type of medical or bike repair folks on the scene immediately to assist.  I was happy with my bike split, passing a few hundred folks with only about 4 bikes passing me.  I always attribute my great bike split to the ENVE 6.7 SES with Chris King hubs.


Run:  Two loops - Leaving T2 you have a hill to climb after about 1/2 mile.  Then it is out in the open sun.  Make sure and sunblock it up.  It was hot and I contemplated throwing in the towel due to the heat.  It was about 87 degrees but in the direct sun felt much hotter.  The volunteers on the course were super, playing music, cheering all of us on.  They definitely boosted my spirit which allowed me to get through the day.  The finish line chute is along the beach boardwalk between the sand and the bike area.  My family was waiting near the finish line which allowed me to stop and kiss each of them before crossing the finish line.


VIP Experience:  I opted for this for my wife and kids.  It was well worth the money as it provided breakfast, snacks throughout the day, shaded seating at the finish line and the best part, parking at the actual race venue.  No shuttles!

Final note:  I was able to meet up with a fellow ENVE racer from Cali, Colombia - Felipe Arbelaez (pictured here).